Mike Hubbard has been involved in voice-over work and broadcasting since the age of 13 when he starting working part-time as a disc jockey at his hometown radio station.

Mike is a 1983 graduate of the University of Georgia with a degree in radio and television. In addition to broadcasting and voice work, he has enjoyed careers in college athletics, publishing and politics.

In 1990, he left Auburn University to head up Auburn’s radio and television sports network and in 1994, formed his own company, Auburn Network, Inc., to handle Auburn’s multi-media rights. In 2003, Hubbard sold the multi-media sports division of the company to International Sports Properties.

In addition to his role as President/CEO of Auburn Network, Inc., Mike is the Saturday morning disc jockey on the company’s classic hits radio station where he enjoys playing the same great music he did when he was in high school and college.

Hubbard’s wife, Dr. Susan Hubbard, is a Professor and Associate Dean in Auburn University’s College of Human Sciences. They have two sons, Clayte, and Riley. 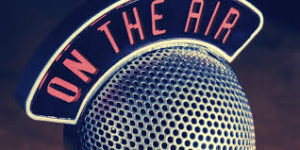